On my better days...

I had forgotten all day to blog or that I was supposed to blog so I haven't been kicking around any ideas for today. Rowan arrives in t-30 minutes from LaGuardia and I'm into my first wine of the evening. So instead of waxing on about some nonsensical crap I'll just relate my favorite anecdote about John Cusack. I know it seems random to you but if you were in my living room and were in my head or if you were my sister, the continuity would hold up. So here it is:

In the movie "Almost Famous", directed by Cameron Crowe (I used to really love Cameron Crowe and I try very hard not to hold "Aloha" against him), the character Russell Hammond, lead singer of the fictional 70s band Stillwater is asked by a fan of his band, "Are you Russell Hammond?" To which he replies, "On my better days, I am Russell Hammond."
I probably got this from the extras on the "Almost Famous" DVD, but Cameron Crowe wrote that line based on a real dialogue that happened when he was hanging out with John Cusack at a bar, shortly after "Say Anything" came out. A fan approached him and asked "Are you Lloyd Dobler?" And John Cusack said "On my better days, yes, I am Lloyd Dobler."

I find that anecdote charming because I love both John Cusack and Lloyd Dobler. Also, that's my party anecdote. So now you know what to expect from me at parties. 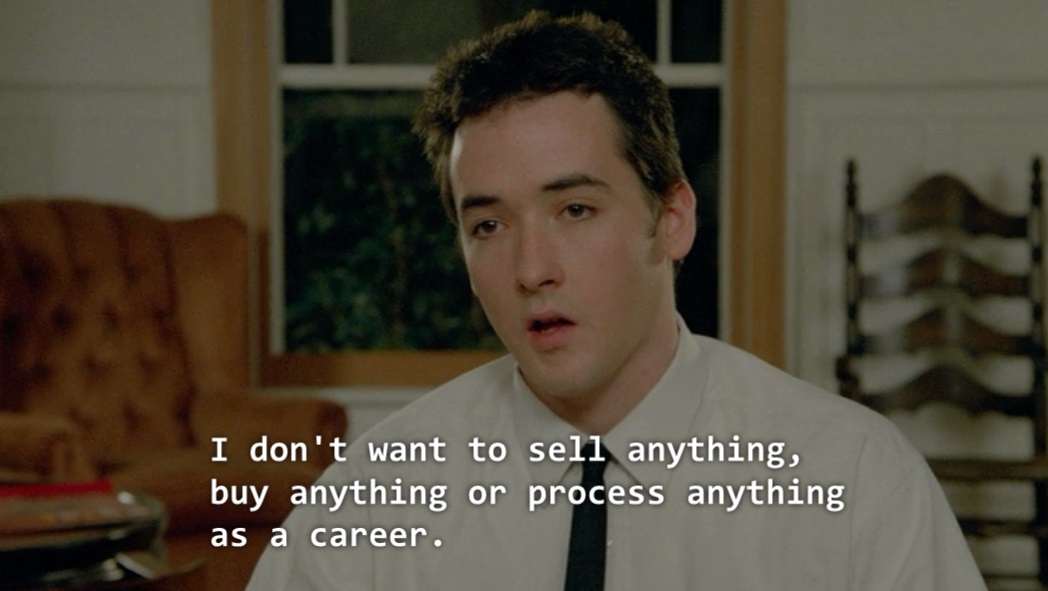