As this truly bleak Saturday draws to a close, I sit in my parent's basement, doing laundry like it's 1997 and I'm just home from college. I'm even listening to Radiohead and singing along. And shopping for green Doc Martens and I'm not even joking about that.

Today I visited my Papa in the hospital where he'll be for a few days after having surgery on his knee. He's in a bit of pain and his veins have decided to play hide and seek so he was pretty attached to his bed but there is soccer on all day so at least he has that. I was unaware that hospitals have an entire wing for hip/knee/joint replacements and their recoveries. What is it about our joints? It kept coming up that when someone is older and they break a hip, it signals the beginning of the end. I always questioned that until I started yoga. Back when I was doing it on the daily, my favorite poses were hip openers. Every time I mangled my body into a position to open my hips (my favorite was always butterfly) 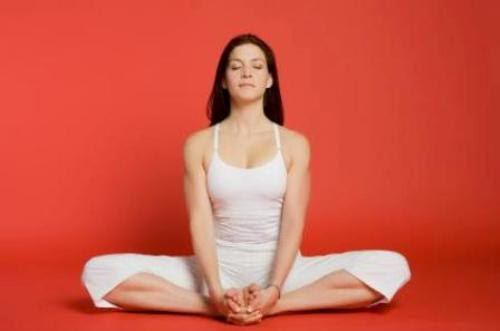 I would feel a sense of release and near elation. I was told that the hips act like a bowl into which your emotions are funneled and that by opening those joints regularly, you release stress, pain, sadness and distress. I don't consider myself a yoga devotee anymore (sadly, life got in the way of my regular scheduled classes and my favorite yoga teachers always quit teaching or moved away or had babies) but so much of the philosophy behind yoga makes sense to me and resonates with me. So I think there is something to that whole "mind/body being inseparable" thing. And if hip joints spend a lifespan "catching" all the stress and sadness and existential dread, all the while not lying, I suppose it makes sense that when one of them breaks, a person could be thrown of her axis. Also, I'm sure it just really fucking hurts.

Anyway, I chatted with Papa for a bit before they took him to take some more tests and then went to run errands with my parents. One of those errands was to find a Western Union to send some money to a relative in Honduras. Apparently this is a relative in name only that I have never heard of before today. But boy did I hear of him. My mother said we had to send money to him on behalf of Papa, who has been sending money to this person for years. I asked who he was and then was told an insane, Dickensian story of how this man was born to a prostitute who was killed when two men fought over her. The two men subsequently killed themselves, leaving the child an orphan. I sat in stunned silence because I have never been able to shake the feeling that my family buries the lead when it comes to stories about life in Honduras or even life in NYC in the 60s. It is a bit frustrating because the STORIES.

What else? My day can actually be summed up in the most Long Island sentence ever: I ate too much at the Cheesecake Factory for dinner but walked it off at the South Shore Mall with my parents. It really is 1997 again.

Email ThisBlogThis!Share to TwitterShare to FacebookShare to Pinterest
Labels: BEDO