I am not entirely certain what I did to the right half of my body. I know only that it hurts like a, how do you say, MOFO. I had grand designs of attending my weekly Friday night yoga class however considering I can barely move without a huge ache going up and down from head I don't think I'll be making that. Instead I have decided to do this: 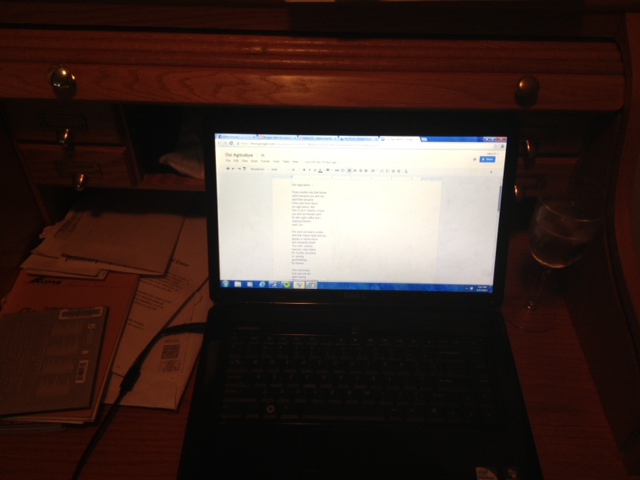 Please ignore the clutter and the gin and tonic to the right. I am only drinking it because it loosens up the right half of my body. That's also the reason I'm eating cheese.

Today I had lunch with this man, aka my grandfather: 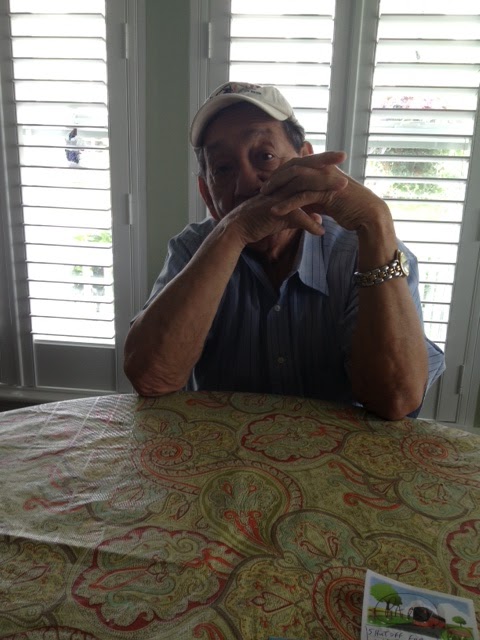 That is what he generally looks like as he is trying to decipher what I'm trying to say in my ABYSMAL Spanish. I curse every day that I was not forced to speak Spanish as a child. It would save the present day me from sounding like someone special and not in a good way.

Anyway, I don't really have a whole hell of a lot to say here. I want to do some other writing and also, I already have a buzz going, making my future as a writer all but assured.