A "C" List Christmas-- a Glog by Marianne R

Today my great friend and ever popular glogger, glogs yet again! Enjoy!

Well, it's nearly a new year, which means any minute the stores will be putting out Christmas products for Christmas 2013! I love the holidays mostly for the anticipation of what is to come....and what usually comes is more cookies, more cake, another glass of wine and more cheese!  I'm a sucker for anything Christmas related, and that goes for cheesy holiday movies. I don't mean "Christmas with the Kranks" or "Jingle All the Way". I'm talking about those made-for-tv Hallmark Channel, ABC Family and Lifetime movies. These movies, by the way, were made especially for me this year.

I challenged myself to two things in 2012: reading 100 books and eating all flavors of Ralph's Famous Ices.  Instead, my husband knocked me up and we had a baby in October. I was 75% through with both my challenges and for reasons including, but not limited to: lack of sleep, lack of time, lack of money, lack of sensibility, and a diet rich in hydrogenated oils, I was unable to complete my challenges and this really depressed me.

Being on Family Leave (apparently there is no such thing as Maternity time when you have a Master's degree) afforded me ample time to sit uncomfortably on my couch for 13 weeks straight with the cutest baby, Reid, ever born (seriously, I'm not biased, ask Allison how cute he is) and napping in my arms. I started my time "off" watching "Band of Brothers" and if Reid decides to become a Paratrooper, it is clearly my fault. As the holidays approached, I decided to instead watch every holiday movie I can squeeze in between changing diapers and goo-goo'ing and ga-ga'ing. Besides, I figure the sounds of holiday love and kissing under the mistletoe would have to be less traumatic to an infant then someone from Easy Company getting blown up in a foxhole. After watching nearly the entire "Beverly Hills, 90210" and "Saved by the Bell" cast in several holiday movies, I would have to disagree with my original thought about which is more damaging to an infants' tender ears.

I didn't want to set myself up for another let down so instead of putting a number on these movies, I just decided to watch as many as I could. The only complaint came from my husband who watched his Tivo box go from 10% full to nearly 40% full...of holiday cheer, that is.

The thing about these movies is that they only have "C" List Actors. We're talking about actors that haven't been in anything since the 80s or the siblings of famous actors. Like Haylie Duff, Hilary's lesser known older sister, in "All About Christmas Eve".  Much like Gwyneth Paltrow in "Sliding Doors", we view Haylie's holiday in two separate scenarios: she misses her flight and she makes her flight. The catalyst to this separation is her breaking a heel as she is running through the airport. Who wears heels on a plane anyway? How about this guy? Do you recognize him?

I actually sat through this movie, and by "sat" I mean, I fell asleep for the entire 2 hours. I wish I hadn't though. "The Christmas Consultant" is going to be a classic for years to come. Some might say that it is 'timeless'.

Most of these movies follow the same format as past movies that did really well. Much like a Nora Roberts or James Patterson novel. They know what works and what sells so why try anything new? Just change the character names and the location and BAM! Instant hit! The most popular format for a Christmas movie is the "relive the day until you get it right". This became classic in Bill Murray's "Groundhog Day". But on ABC Family, this classic becomes the "12 Dates of Christmas" and "The Christmas Do-Over" and "Christmas Everyday" and I'm sure countless others but this is all I was able to watch. I'm pleased to say that "12 Dates of Christmas" was actually a decent movie, a favorite, if you will. And yes, in case you are wondering, Amy Smart finally gets everything right on Christmas Eve, after like, the thousandth time of reliving it, and finds happiness with Mark-Paul Gosselaar. Actually, if he's starring in "Franklin & Bash" as either Franklin and/or Bash, does that make him a B or C list actor? Either way, kudos to them for really getting this formula, for making a classic made-for-tv-movie, right!

Another gem would be "The Dog Who Saved Christmas" starring Dean Cain and the voice of Mario Lopez, as Zeus, the frisky Labrador Retriever, who....well, who saves Christmas. Zeus is left home alone on Christmas Eve while his owners go off to Grandpa's house. A pair of burglars break into the house, and it is up to Macaulay Culkin  Zeus to set up booby traps around the house and save Christmas! Instant. Classic. 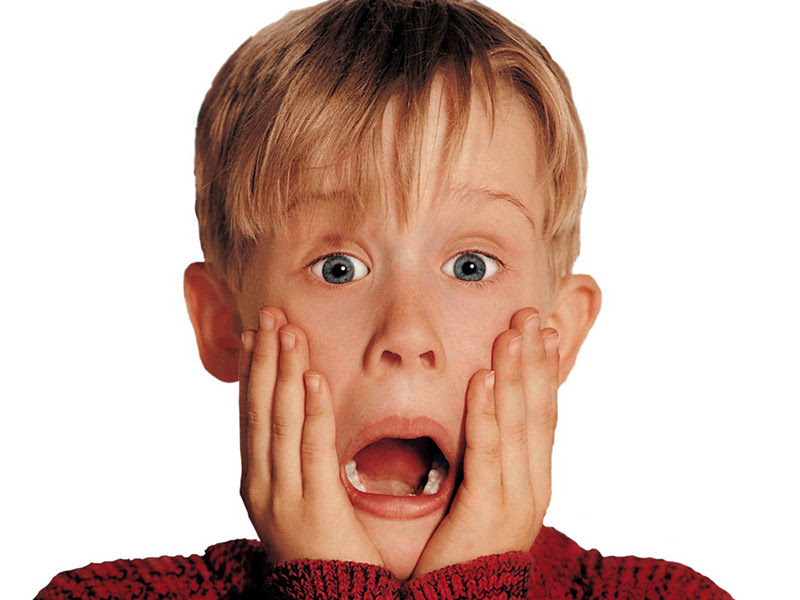 As part of Lifetime's, "It's a Wonderful Lifetime" of nonstop Holiday movies, I watched "12 Men of Christmas" with the starring role going to Kristin Chenoweth, someone who is not annoying at all. She plays EJ Baxter, a headstrong New York City Publicist who loses her job and has to move to Montana, apparently the only state where she is not blacklisted in her career! She needs to bring tourism to this small town. Guess who her assistant is? Anna Chlumsky, of the "My Girl" fame. Ok, now guess how they raise money for the town? Give up? They create a calendar of 12 real Montana-ian men in real life situations, like chopping wood, fishing, and having a picnic, but in half their clothes. Sounds a little like "Calendar Girls" with Helen Mirren, doesn't it? It also screams Christmas, right?

Ok, let's say I had a second favorite. If I had to choose, it would be "Holly's Holiday", which doesn't star anyone famous. However, it does follow the format of an 80's classic, "Mannequin." You see, Holly dreams of the perfect life with the perfect man. And apparently perfection only comes in a mannequin that she passes every day on her way to work that one day comes to life after she slips on the sidewalk and hits her head. Do they fall in love? You bet! But do you think he's really all that perfect? Do you think that love was right under her nose the whole time with one of her coworkers? I don't want to give those answers away, you will have to wait until 2013 to watch for yourself. But until then, enjoy this interlude:

I can't end this glog without having mentioned "Holiday in Handcuffs". Mario Lopez gets kidnapped by Melissa Joan Hart and is forced to pretend he is her boyfriend when they spend the holidays with her asshole parents. Do they fool them? Of course! And do they fall in love? Of course! What would an ABC family holiday movie be without a Patty Hearst spin. But once the police track them down at a cabin in the woods, Clarissa has to explain it all to her family and the comedy ensues.

Ok well, this was how I spent the last month of my Family Leave with my new son. Please don't think me a bad mother for subjecting him to these programs. We spent plenty of time singing Christmas carols, and dancing, and reading books. Besides, I think he especially enjoyed Tori Spelling's singing in "The Mistle-Tones" (soundtrack available on abcfamily.go.com).
Posted by Allison E at 10:59 AM